Holding on to Nothing | Elizabeth Chiles Shelburne 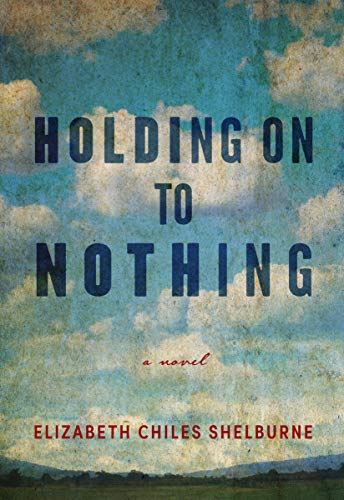 Once he got on the highway, Jeptha drove ninety miles an hour toward the soft glow that the huge chemical plant cast over Kingsport.

I know that chemical plant. And the stench that billowed from the tall smokestacks over the Mountain Empire. But for me, the closest source of pollution hummed about 20 miles away at the Bristol Motor Speedway where race cars roared at night, and beer cans littered the highway.

That little bit of distance doesn’t matter when it comes to understanding Lucy and Jeptha, the main characters in Holding on to Nothing by Elizabeth Chiles Shelburne. In the novel, Shelburne paints an honest and compassionate picture of rural East Tennessee and the weight of a family name.

Shelburne describes Jeptha’s struggle with his legacy below.

It was as if a sinkhole had yawned open beneath their trailer, leaving Jeptha clinging to the sides, his hands stripping bark from the roots he clung to, hoping like hell someone would come along and save his sorry ass, but knowing he was the only one who could do so.

Lucy wrestles with expectations, too. She was the small town’s hope — the one who gets out and makes something of herself. But an impulsive decision shackles her to a life she was desperately trying to flee.

The utter disappointment and devastation when she told them she’d gotten drunk and destroyed their dreams. Even worse, though, was the dissolution of her own dream.

Both characters grapple with who they are and who they want to be. And sadly, it takes a tragic accident to bring resolve to Jeptha and allow Lucy to revisit her forgotten dreams.

The rural setting adds another layer of despair to Lucy and Jeptha’s story. But strip back the trailers, country dives, and big-box stores, and you have two young people trying to claw their way out of their circumstances to reach something better.

Like East Tennessee, Holding on to Nothing is determined, fierce, and heartbreakingly beautiful.