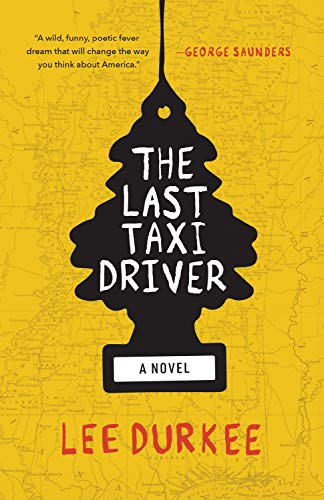 What do the Buddha and Bill Hicks have in common? Ask Lucky Gun Lou, the Mississippi cab driver in Lee Durkee’s dark and hilarious novel The Last Taxi Driver.

Lou suffers psychotic breaks, has spiritual aspirations, and wrestles with bitterness but aims for kindness when dealing with impossible and highly comedic situations. And though he’s often agitated, his innate sweetness shapes a compassionate view of a marginalized and often criminal society and makes him an endearing character.  His opinion of Noir at the Bar should be taken seriously, too.


Don’t tap your brakes when somebody starts tailgating you. It’s tempting, but it can backfire. Also don’t flip him off, not yet. First try this: pretend to adjust your rearview, so that the asshole knows he has your attention. Then suddenly wave to him and smile as if you are excited to see him. This will make him worry that he knows you, and instantly he will feel like the dick he is and fall back sheepishly. Then flip him off.

The Last Taxi Driver will take you on a wild and unforgettable ride. It's one of the best books I've read this year.