Below My Window | Suspense Short Fiction at Mystery Tribune 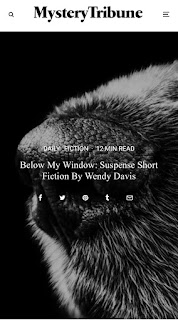 A paralegal searches for her missing dog, but is she the one being hunted? Delighted to have my story over at Mystery Tribune.